Tagines are earthenware pots that have been used for centuries to cook delicious stews. These colorful dishes with pointy tops are a staple of North African cuisine and you can see them in all the bazaars across Morocco and Algeria.

They can be large enough to cook a stew for the whole family or just the right size to use them as decorative containers for salt and pepper.

In this article, we’ll reveal everything you need to know about tagine pots and help you choose the right one for you. Here we go! 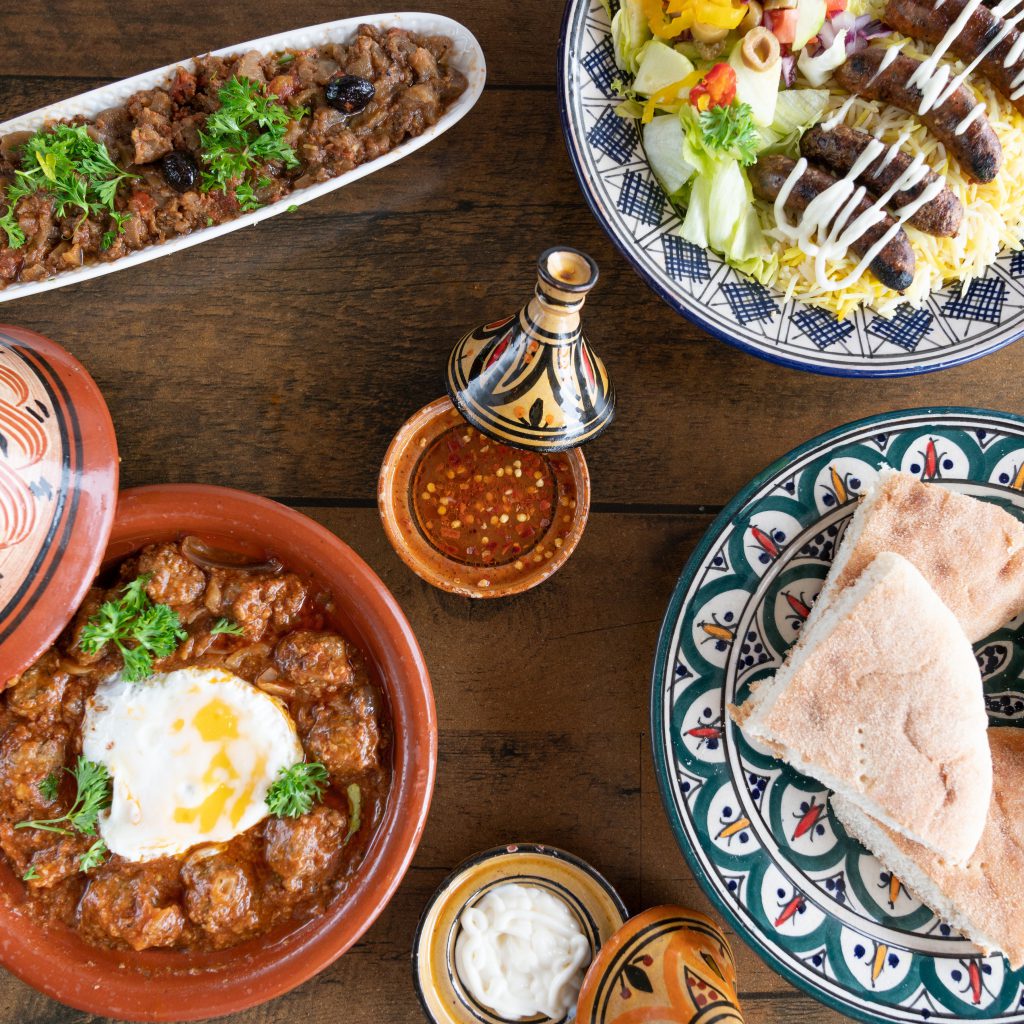 A tagine is both a lovingly simmered dish, typically prepared in Maghreb cuisine, and the name of the pot that’s used to prepare this hearty dish.

The tagine dish is a tasty stew full of aromas that invite you on a culinary journey. You can prepare tagine in a thousand and one ways, with your choice of vegetables, fruits, meat, or fish, and decorate it with spices, such as cinnamon, coriander, types of pepper, saffron or turmeric, and legumes. The trick is to cook it slowly in a tagine pot over low heat.

Tagine, the pot, is traditionally made of terracotta and has a signature conical lid. The shape of the lid allows the steam to condense quickly and drip back down to the stew, letting the meat, herbs, and vegetables cook slowly for hours, infusing all the aromas while softening the meat to an impossible tenderness.

The Most Authentic Version of Tagine 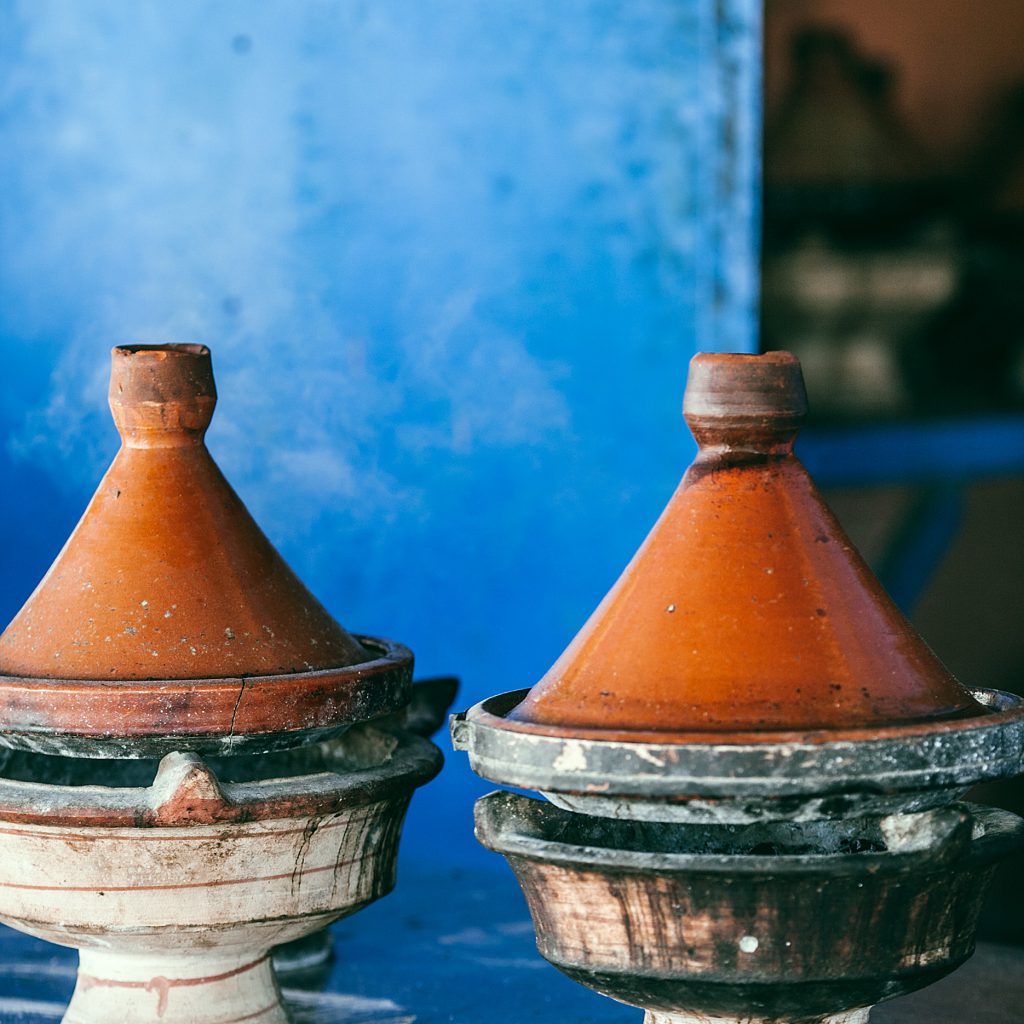 The tagine pot has been used in the Maghreb countries for several centuries. The dish is thought to have Berber origins and survived until this day, thanks to its genuine authenticity and functionality.

The most authentic way of cooking with a tagine is to use a brazier with coals to ensure very slow cooking. But if you don’t have a brazier or a backyard where you can set it up safely, you can always cook with a tagine on the stove. You can find different tagines made from various materials that are practical and efficient for home cooks.

Where to Buy a Tagine Pot? 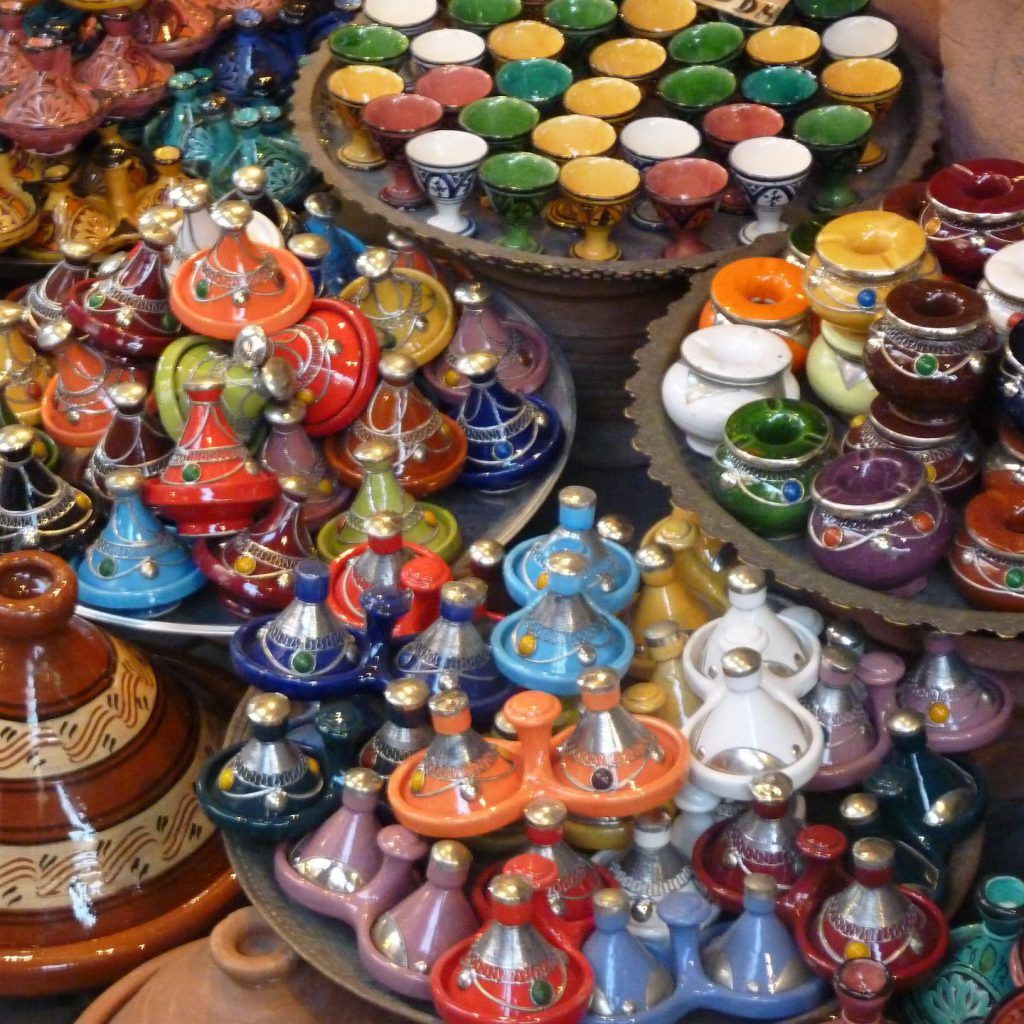 So, you want to use this authentic pot in your kitchen to enjoy succulent and hearty stews with your friends and family. If you’re planning a trip to a Maghreb country, such as Algeria or Morocco, you can get a tagine pot from the local open markets or bazaars.

Of course, you don’t have to go all the way to North Africa to get this special pot, thanks to the magical marketplace called the internet.

If you want to see and touch what you’re getting before paying a good deal, you can also check out some well-equipped cookware shops in your area.

How to Choose a Tagine Pot? 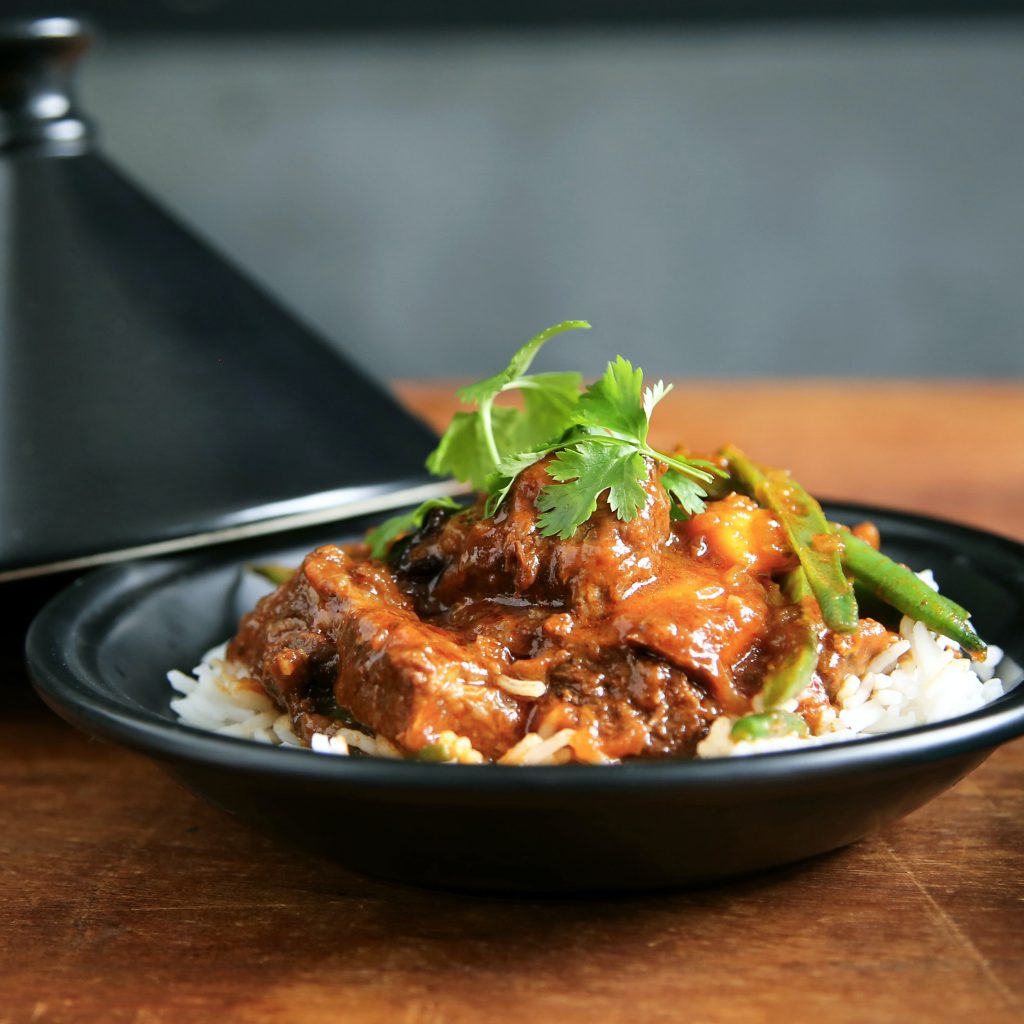 Tagine pots are traditionally made of clay, but these days you can find glazed clay, ceramic, stainless steel, and cast iron tagines too. Each material brings advantages and unique quirks to the dish, so it’s important to pick the one that suits your cooking habits.

The traditional terracotta tagines distribute heat slowly and evenly and ensure you’ll have a stew that melts in your mouth.

The unglazed clay bestows an earthy aroma to the food that you can’t replicate with other tools. However, these tagines can be quite fragile in the hands of an inexperienced chef.

This is where we turn to less traditional and more functional tagines. Many of the modern tagines are sturdier and can endure very high temperatures. Cast iron tagines cook food slowly and evenly, while stainless steel pots are the easiest to clean and look after, compared to terracotta and cast iron tagine pots.

Let’s explore these different materials and see what kind of tagine suits your cooking style best. 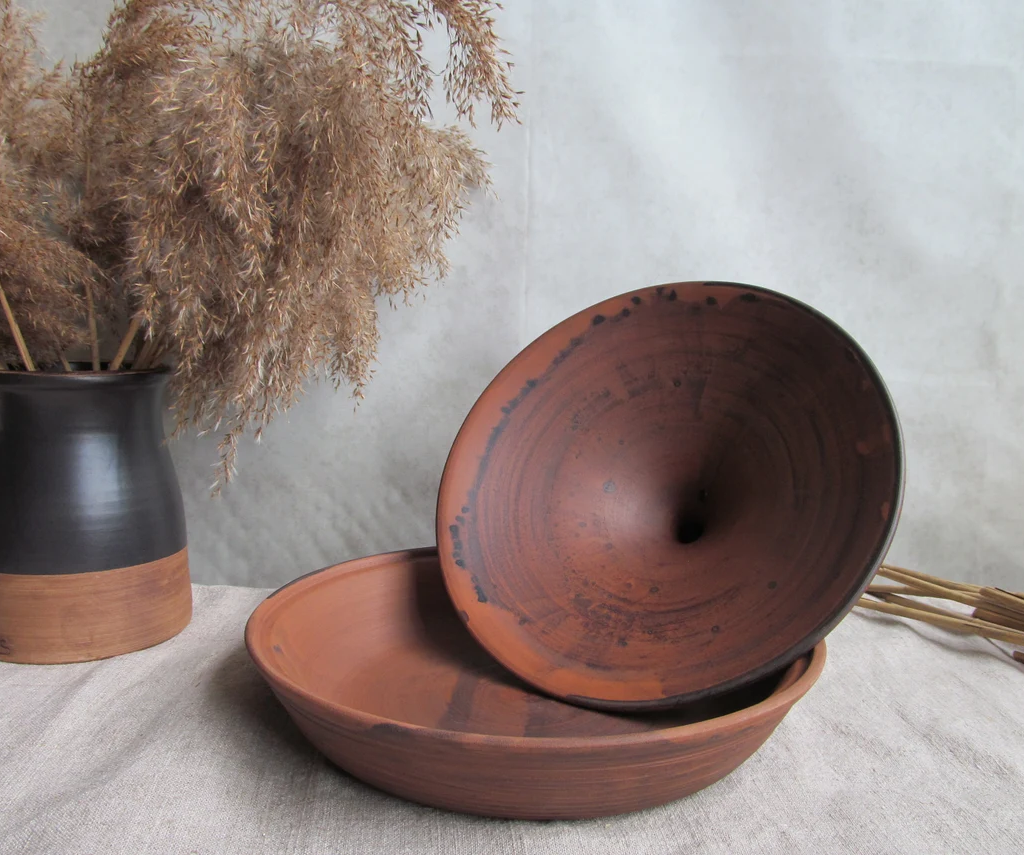 Unglazed tagines, such as this beautiful tagine pot from GISceramics, are the most authentic and traditional pots you can find. The porous surface of the earthenware absorbs the aromas and flavors of your dishes and adds a unique depth to your recipes with more use.

However, unglazed clay is susceptible to thermal shocks — it can crack or shatter if it heats up or cools down too quickly. You can slow cook your stews over low heat with an unglazed tagine, but if you’re a chef with little to no experience with earthenware pots, you may have trouble regulating the heat on a stovetop.

If you’re set on buying an unglazed terracotta tagine, go for a robust and strong one with thick walls.

Once you have your tagine, immerse it in water for at least 12 hours before the first use, just like you would do with other kitchen tools made of naturally porous materials, such as a granite mortar and pestle.

This process is called seasoning and involves soaking both the base and the lid of the tagine in water overnight. The next morning, you drain them and let them air dry. To form an extra protective layer, rub the pot and the lid with olive oil and place them in the oven. Bake the empty tagine at 150C for about two hours. When you turn off the oven, leave your tagine in it to cool down slowly.

Terracotta tagines can be a handful, especially if you aren’t used to caring for your kitchenware. But if you’re willing to put some time, effort, and love into your pot, these rituals add to its authentic charm and durability. If you take care of your terracotta tagine properly, the heat will make the pot stronger over time. 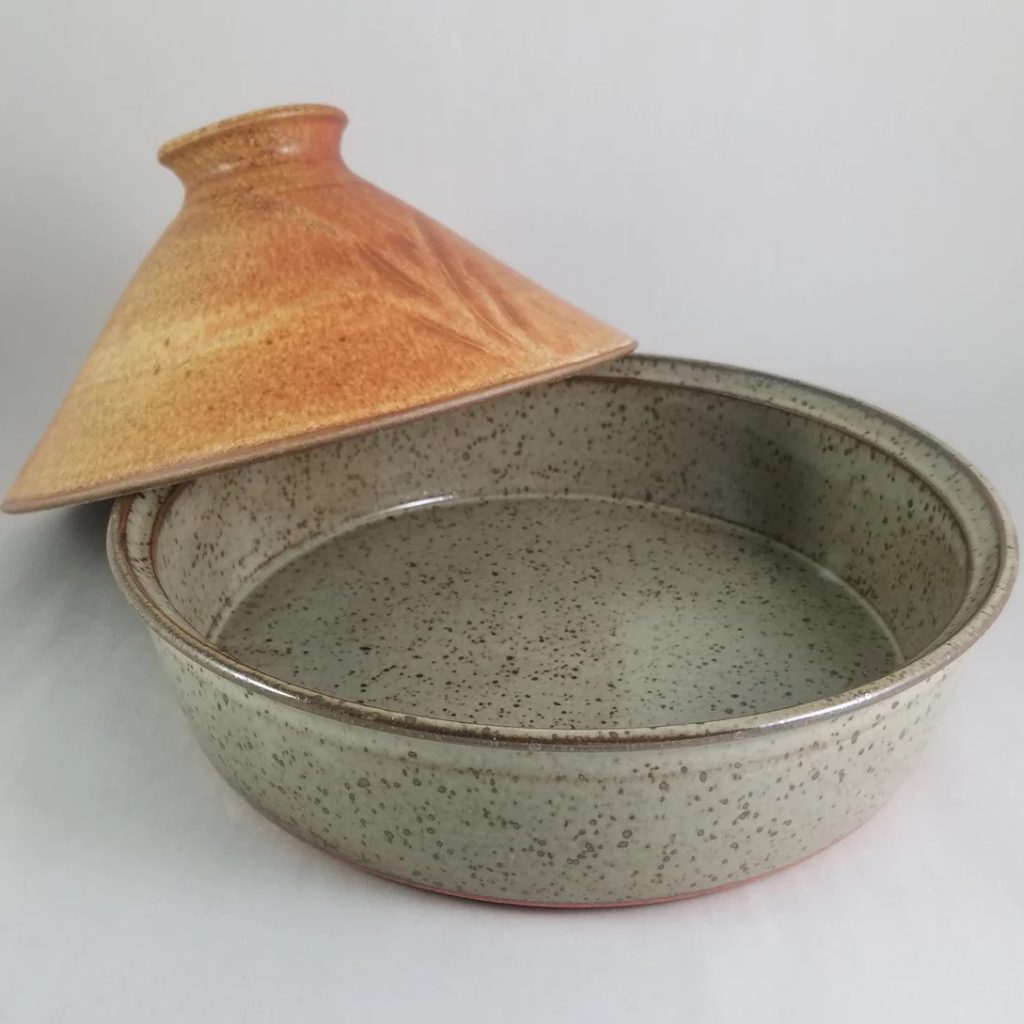 Glazed tagines are a bit more practical than unglazed tagines, since you don’t have to season them before cooking. Glaze prevents the clay from absorbing smells, so you can cook fish with a peace of mind without worrying about the smells settling in.

Glazed tagines are usually gorgeous and come in various colors and with various decorations. However, most glazed tagine dishes are mainly for presentation. If you want a glazed tagine for cooking, you should make sure that the glaze is strong, lead-free, and acid-resistant. You can take a look at the tagines in Clay Coyote on Etsy – these glazed tagines are not only safe to cook in, but their aesthetics will also blow your mind.

To test the acid resistance of your glazed pot, squeeze a lemon in it and leave it overnight. If the lemon juice leaves a stain in the pot by the morning, you shouldn’t use it in the kitchen.

A strong glaze doesn’t let water be absorbed by the clay. Testing the strength of the glaze is quite easy. Put some water in your pot and microwave it for a couple of minutes. If the glaze lets the pot absorb some water, it’ll be very hot when you take it out. If your pot is still cool, you can cook delicious tagines in it with peace in mind.

Most potteries are microwave safe, especially the ones that are safe to cook with. However, check the instructions on your tagine, just to be safe.

Although glazed earthenware pots are stronger than their unglazed counterparts, you still should be careful about the heat shock. You can put your glazed tagine in the oven, but never preheat the oven when you’re using a clay pot. Always heat up the pot gradually to prevent your gorgeous dish from cracking. 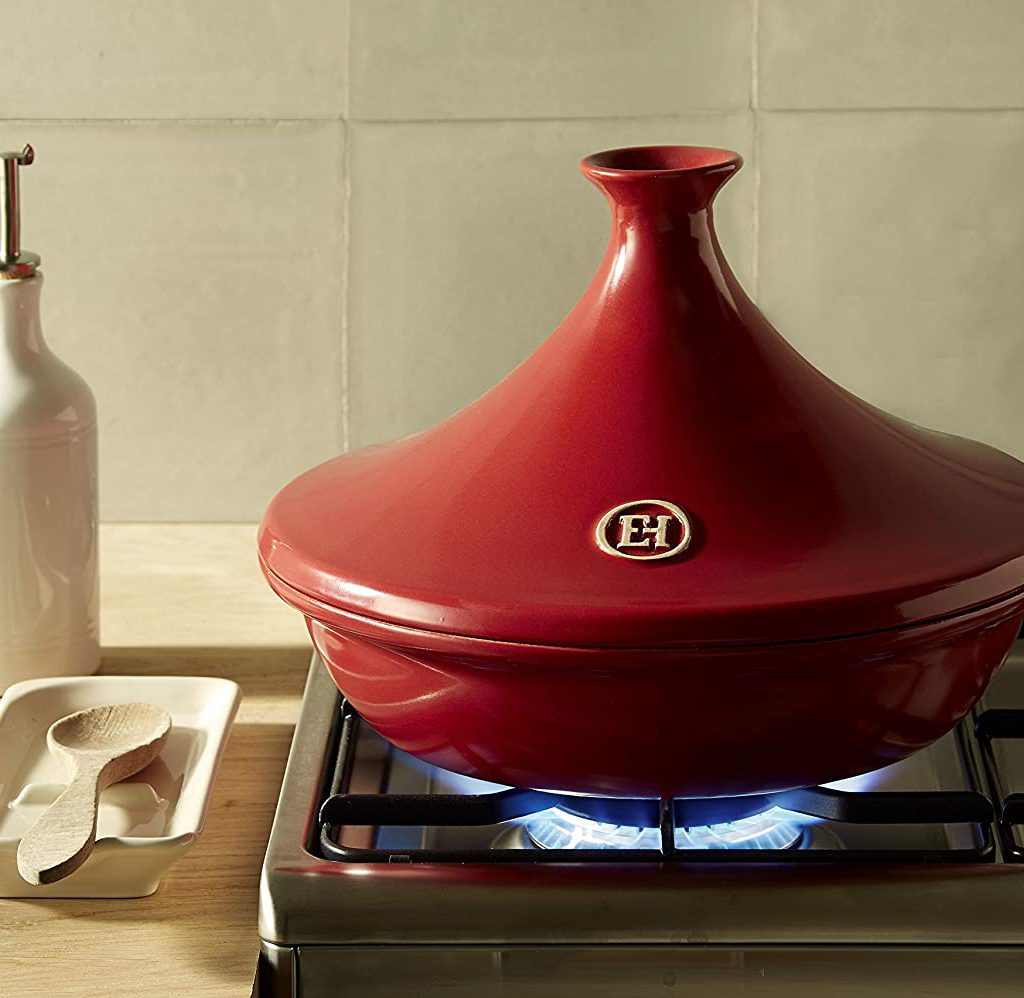 Even though the terms ceramic and glazed pottery are used interchangeably from time to time, there’s a difference. Ceramic tagines can be made of different materials such as earthenware, stoneware or porcelain and clay. You can think of it as a more general term.

Ceramic tagines are sturdier than glazed or unglazed pots. They are particularly resistant to thermal shock and can be subjected to much higher heat. You can put your ceramic tagine in the fridge right after you’re done cooking, and it won’t crack. You can also put them in the dishwasher for effortless cleaning.

In short, ceramic tagines like this Emile Henry Tagine are a great alternative to more traditional tagine versions. They come in a variety of colors, and you can safely put them in the oven. However, they lack the earthy touch that lets the tagine take on the flavors and aromas from all the delicious food you cook. 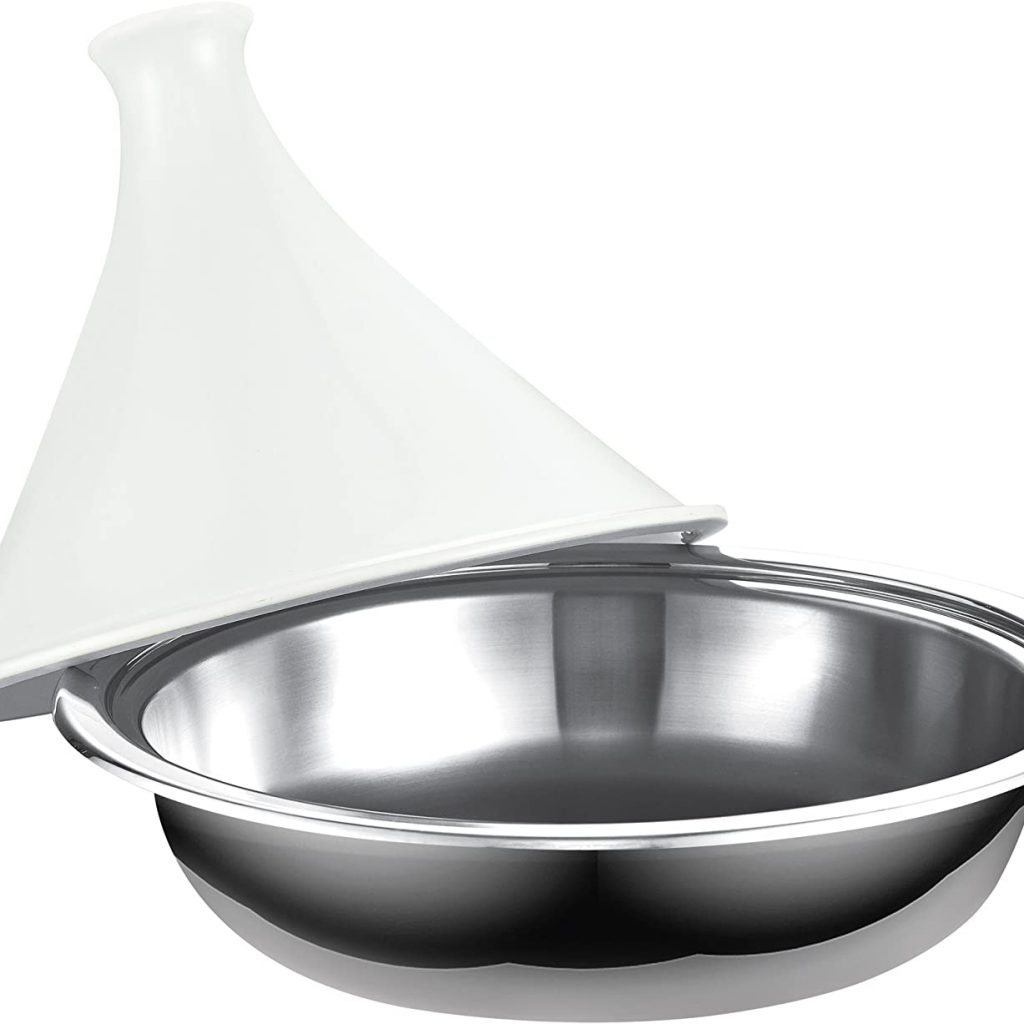 Stainless steel tagines are incredibly durable and very easy to care for.

A good stainless steel tagine should have an aluminum core to distribute the heat evenly and to optimize the heating time. Some models come with a ceramic or tempered glass lid that adds to the authenticity of the pot. For example, this Cooks Standard Tagine has all of those features.

Stainless steel tagines are much easier to use compared to the clay and cast iron tagines, which makes them much more suitable for beginner and intermediate cooks. You can also use them on induction cooktops.

Stainless steel tagines heat more than earthenware tagines, and may result in a slightly drier tagine stew. You can prevent that by adding a bit more liquid than usual. If you don’t want to spend a lot of time on cleaning and looking after your tagine, stainless steel is the way to go. 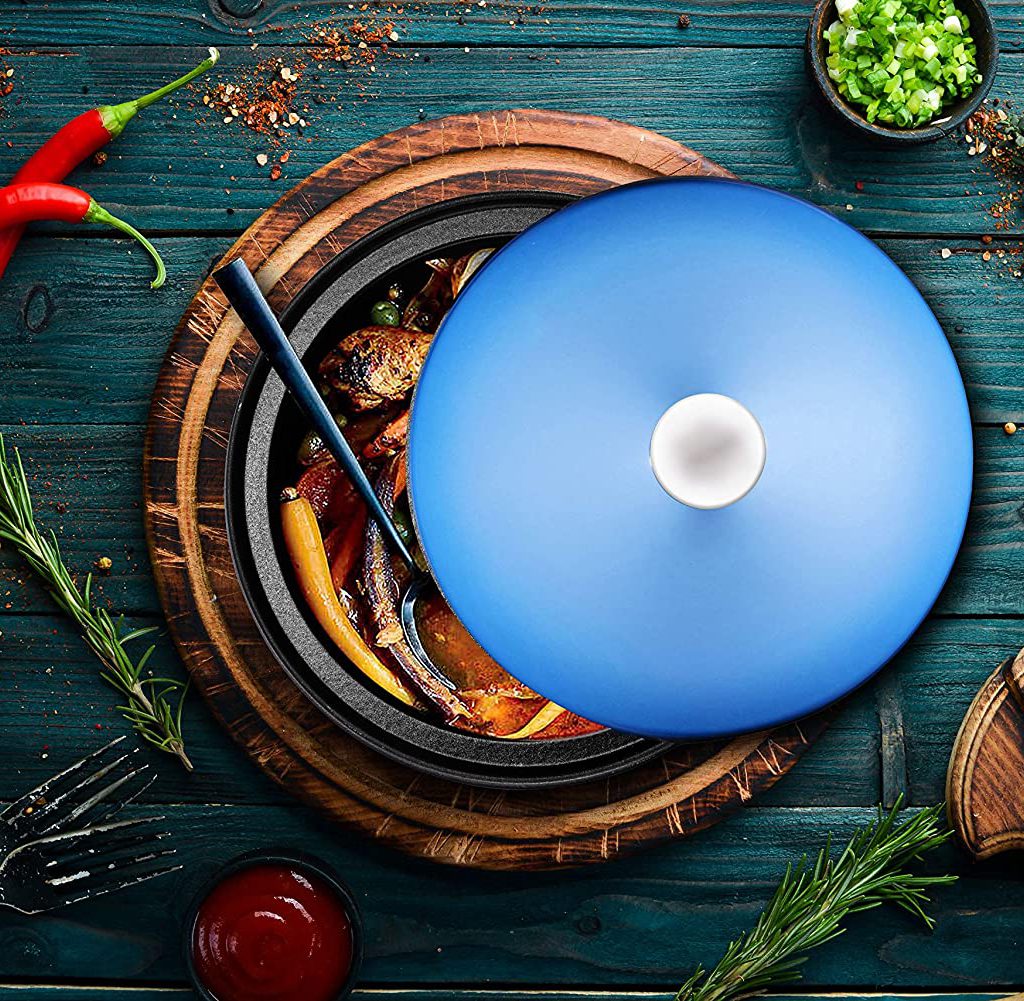 Cast iron tagines are quite robust and can take a lot of heat. With a cast iron tagine, such as this Bruntmor Cast Iron Tagine, you can cook different recipes on direct flames, induction, and glass stovetops, or in the oven.

Cast iron tagines are quite versatile. The robust material allows you to experiment with simmering, searing, broiling, browning, and roasting and have fun with different recipes. You don’t have to limit yourself to slow-cooked stews: you can saute and stir fry to your heart’s content.

How to Cook With a Tagine 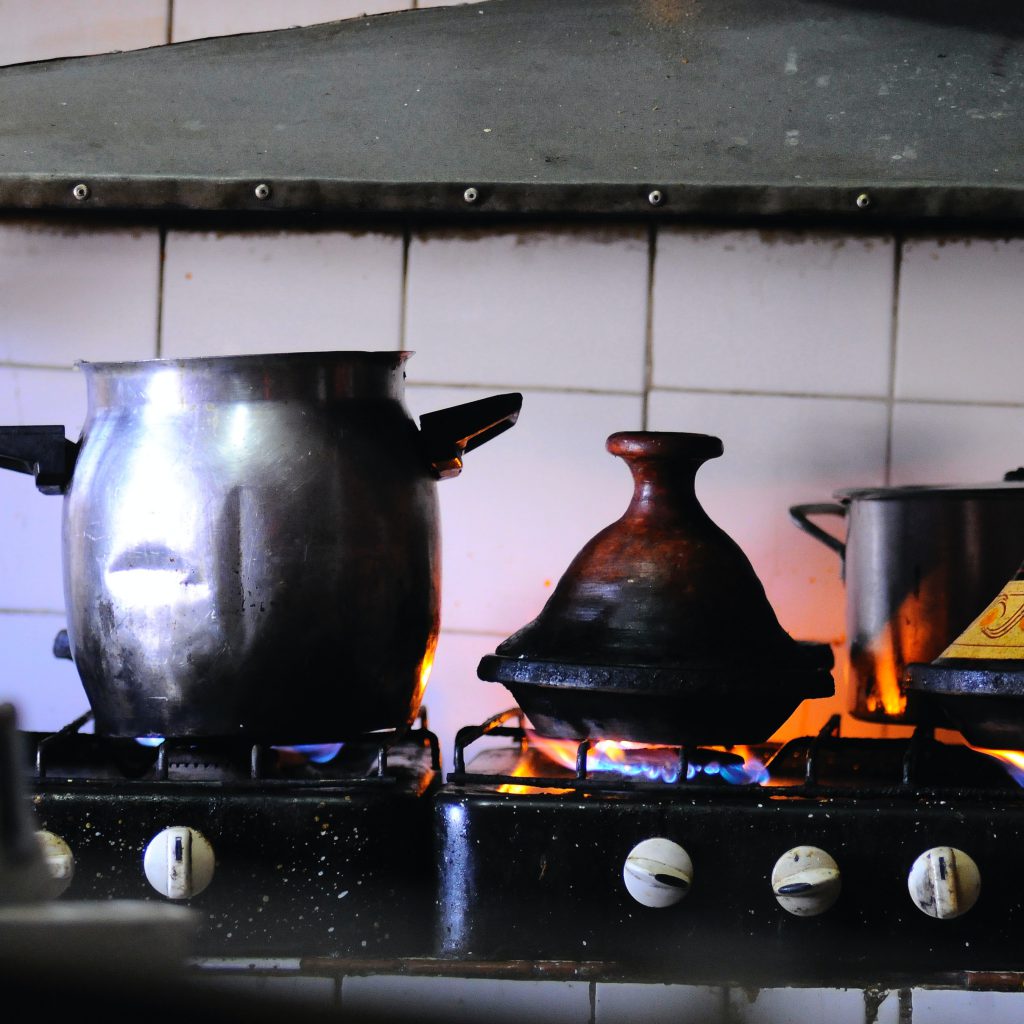 If you go to Morocco, you’ll see that there is typically lamb or chicken underneath the colorful conical lid, but you can also find fish, meatballs — kefta — and other types of meats, as the recipes are virtually endless with this pot. You can easily make vegetarian or vegan tagines too.

Cooking with tagines is actually one of the healthiest ways to cook since the food simmers on slow heat instead of frying or sauteing with oil. There are, of course, variations of the dish where you can add oil, butter, and fat if that’s what you like. It’s all up to you.

Moroccans decorate the tagine dishes with many spices, such as cloves and cinnamon, along with fresh or dried fruits, such as preserved lemon. We talk about Moroccan cuisine in depth in our Must-Eat Dishes in Fez article, where we also cover two tagine dishes. But the variations are endless. And the point is, you can follow along with a tagine recipe, or invent your own, depending on your taste.

The best way to use a tagine pot changes depending on its material. Here are some general guidelines for making a delicious tagine dish: 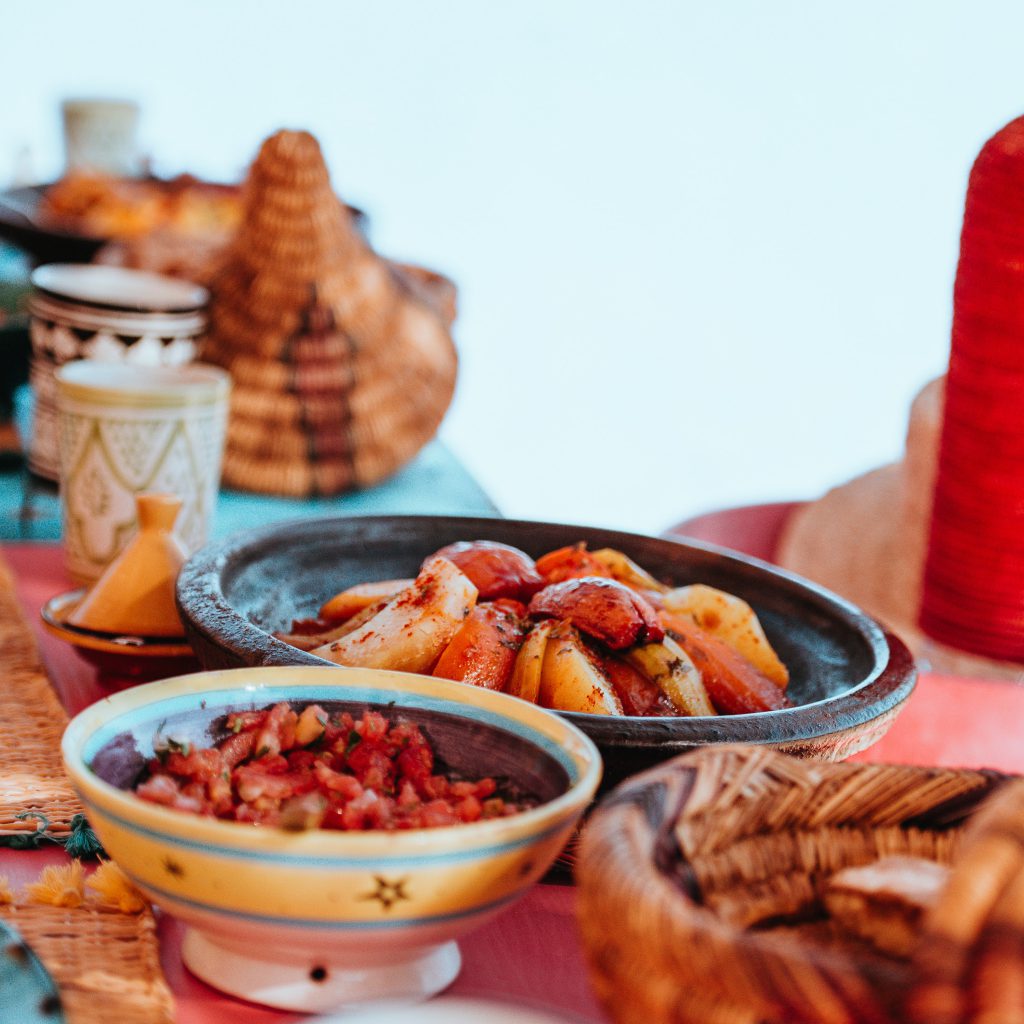 A good tagine pot will let you make succulent tagines that everyone will love. Thanks to its special shape, a tagine lets your stew cook in its own juice for hours so that you enjoy a tender stew infused with all the tastes and aromas.

To achieve that, there are different kinds of tagines you can get, depending on your stovetop and cooking style. No matter how impressive a tagine looks, if you don’t pick one that suits your needs, you won’t be having as much fun cooking delicious tagine stews. Hopefully, after reading this article, you’ll know what to look for in a tagine pot. 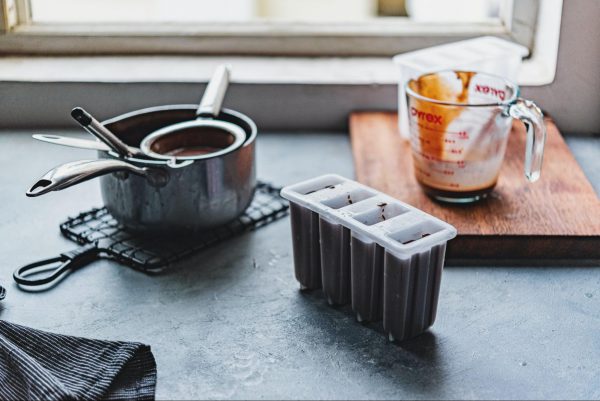 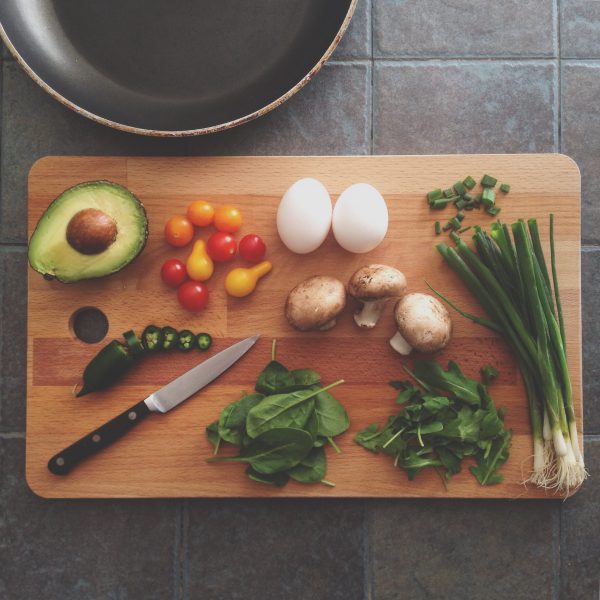 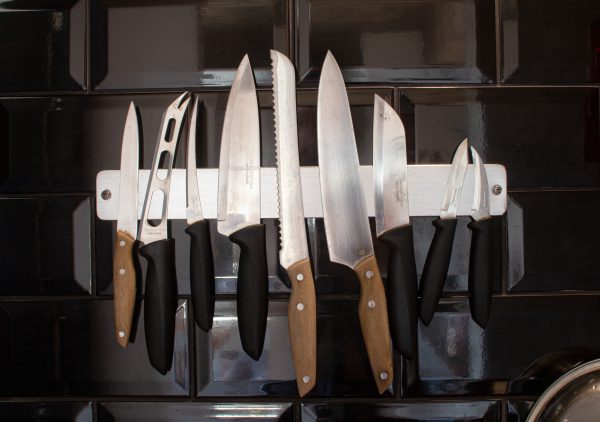 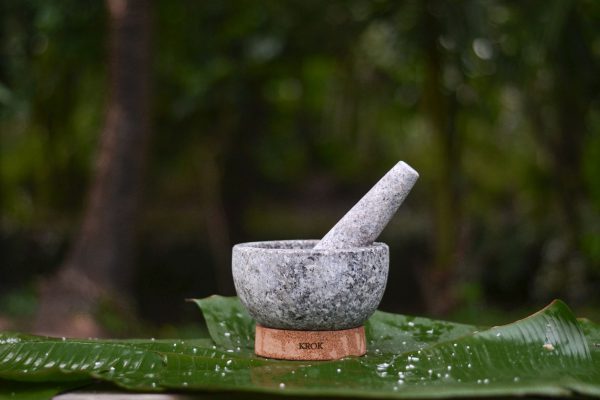 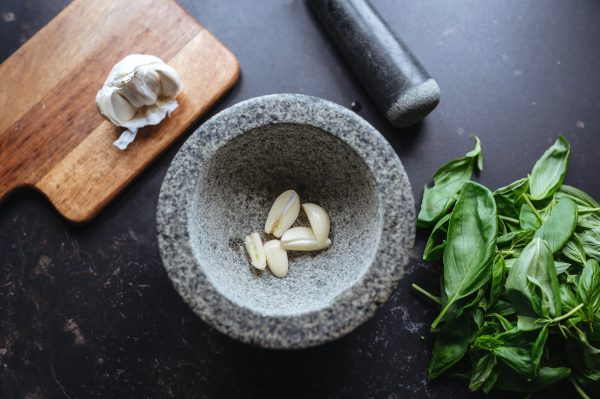 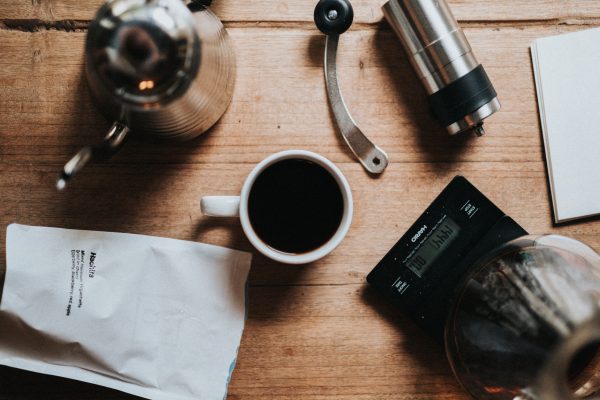