Thai basil, lemongrass, coconut milk, ginger: Thai cuisine is fragrant and full of exotic flavors. The famous Pad Thai might be the first thing that comes to your mind when talking about Thai food, but the cuisine includes many different combinations that will tickle your taste buds.

Of course, Thai cooks use special equipment that helps them emulsify rich flavors too. In this article, we put together a list of tools and special ingredients of Thai cuisine, so you can implement Thai-style dishes in your daily menus. Grab your chopsticks, and let’s go!

Cooking Thai food is actually easier than you might think once you get the gist of it. Sure, there are some traditional tools that are necessary to prepare authentic Thai food, but you don’t really need to make such an investment to take your Thai dishes to the next level. Here are 5 easily accessible tools you actually need: 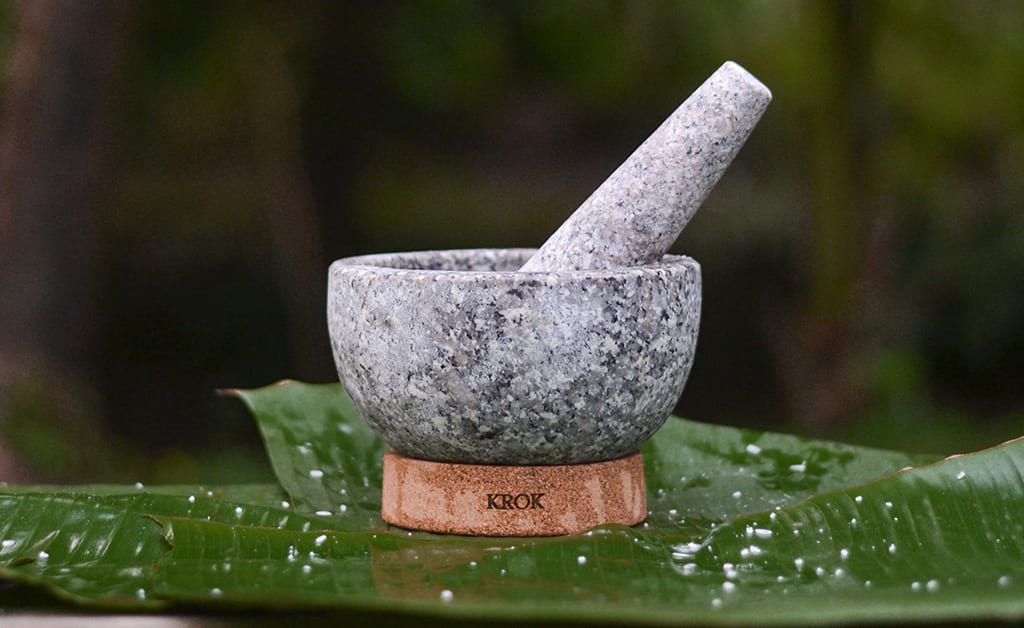 Thai food heavily relies on pastes as the base of many dishes, such as the famous curry paste. If you’re new to Thai cuisine, you’ll find yourself tackling paste recipes more often than you think. That’s why mortar and pestle are among the most important kitchen utensils in everyday Thai cooking.

The famous set is used, for example, for crushing garlic, chilies, herbs, and spices to extract the essential oils and flavors. This way of preparing pastes makes a huge difference in the richness of the flavor.

Although there are Thai mortar and pestle tools made from clay or wood, the best mortar and pestles to tackle pastes are the ones made of granite. Granite is a robust stone that can endure even the most rigorous pounding. And a mortar that’s big enough, such as KROK, helps everything stay in the bowl while you’re mixing and pounding. 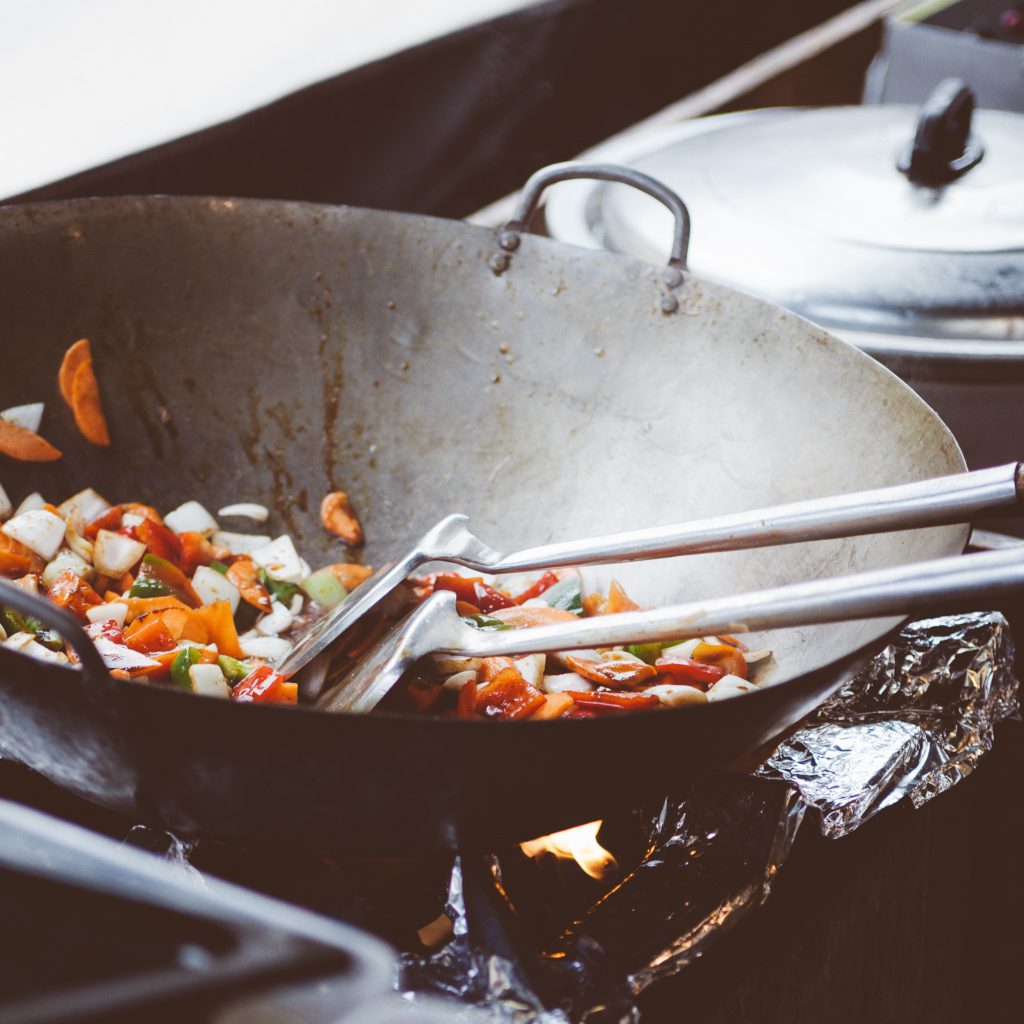 The lethal weapon of Thai cuisine: the wok. The principle of wok cooking is to cook food very quickly at very high temperatures. Seared foods retain their texture (vegetables must remain crunchy) and taste. Ingredients that take longer to cook are cut thinly to speed up cooking, while those that cook faster are cut into larger chunks to allow them to stay in the wok a little longer without burning.

You can prepare many Thai dishes that require quick cooking with a wok, such as stir-fried rice, stir-fried vegetables, or stir-fried noodles. A wok is designed to let you move the ingredients closer to or further from the heat so that you control what cooks when.

Woks can have round or flat bottoms. The flat-bottomed ones are compatible with induction stovetops, but round-bottomed woks give you more control over the heat.

When you’re stir-frying in a wok, timing is essential. If you leave the ingredients in the hotter part of the wok a bit too long, you may end up with burnt food. In order to quickly mix stir-fried foods in the wok, Thai cooks use a special spatula with a long handle that lets them keep their hands at a safe distance and remain in control of the food in the wok at the same time.

The perfect wok spatula also has a wide blade and spoon-ish sides so that you can pour the hot, sizzling sauce from the bottom of the wok over the food that’s cooking. 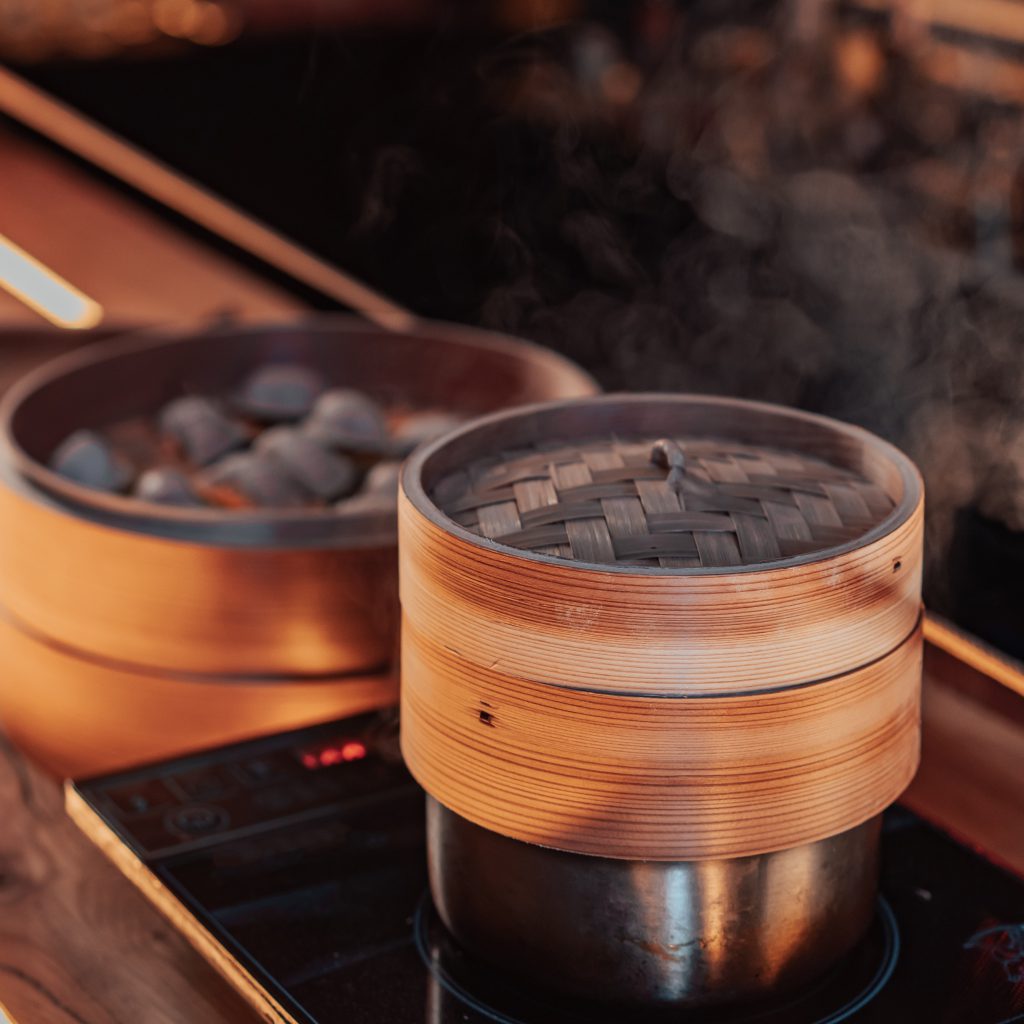 The bamboo steamer basket consists of two to four tiers and a lid. It’s used for cooking vegetables, fish, dim sum (small dumplings), and desserts. Thai cooks also use a type of bamboo basket called huad neung khao niew to cook sticky rice — a staple throughout the country — but you can also do that with a regular bamboo steamer.

The basket is placed in a large saucepan that contains about 3 cm of water. When the water comes to a boil, steam can circulate between the tiers inside the basket, allowing the food to cook in a healthy way. It’s a very easy-to-use kitchen tool, just be careful to use enough water.

The bamboo steamers are traditional tools that have been used in Asian cuisine for many years. Although they look authentic and beautiful, the scent of the food you cook in the natural bamboo steamers can stick around even after you clean up. So if you’re planning to steam fish, meat, or spicy mixtures such as dim sums, you might prefer a plastic steamer. 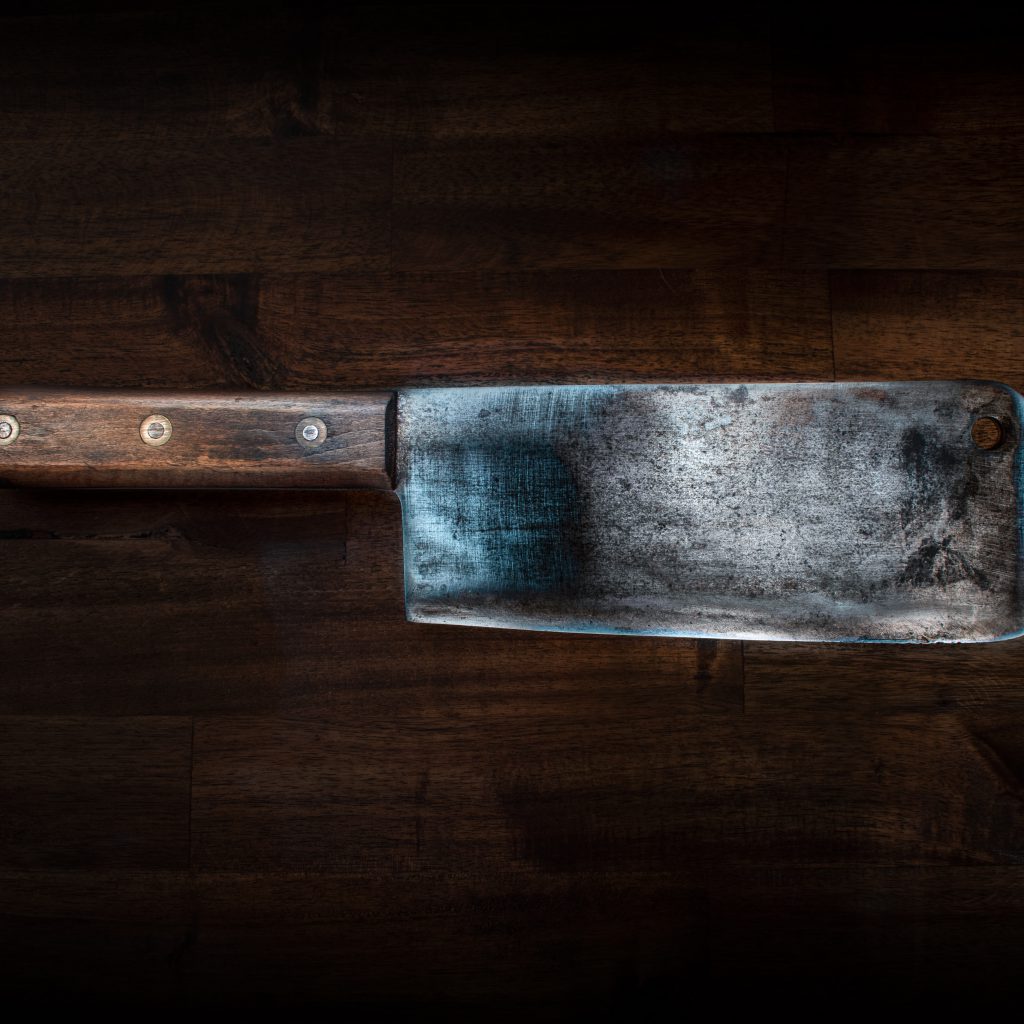 The Thai style of cooking involves a lot of chopping and slicing. A Thai chopper knife is very similar to a butcher’s cleaver. In Thai cuisine, the chopper is used to quickly chop vegetables, fresh herbs, fish, or meat. A good-quality chopper knife is made of stainless steel, lightweight, and has a wooden handle.

With a chopper knife, you can chop heavy vegetables such as squash and root vegetables such as potatoes more rigorously than you would with a chef’s knife. It lets you break down hard things like bones and tendons while also letting you pound, mince, and dice with ease. 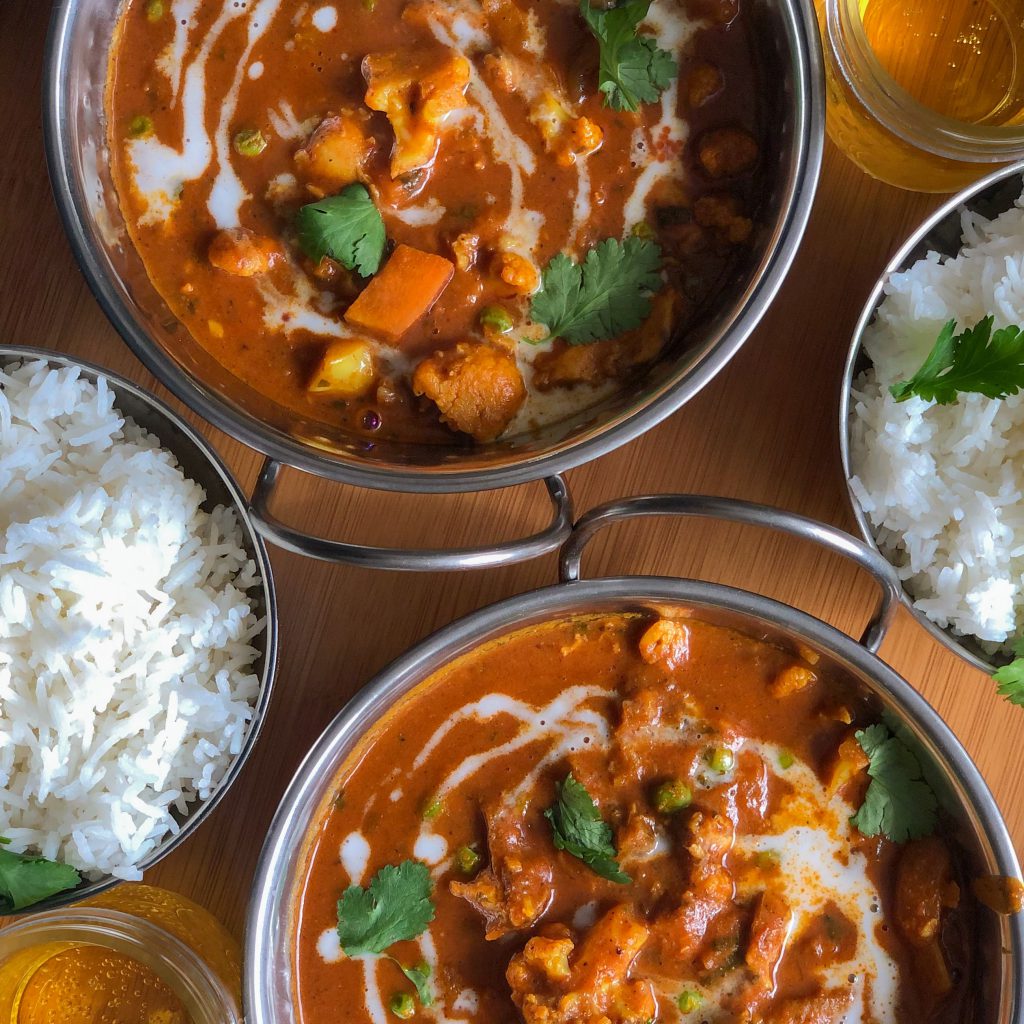 As in many Asian cultures, rice is the basis of Thai cuisine. A bowl of well-cooked rice is often served with curry to soften the spicy flavors and add texture.

The most important part of preparing good rice is choosing the type well. The best way to find good rice is to go to an Asian shop, where you’ll find the most fragrant rice, such as Thai imperial rice. You can use a rice cooker to cook the rice quickly and get the perfect texture or use a bamboo steamer to make some sticky rice to serve with your curry. 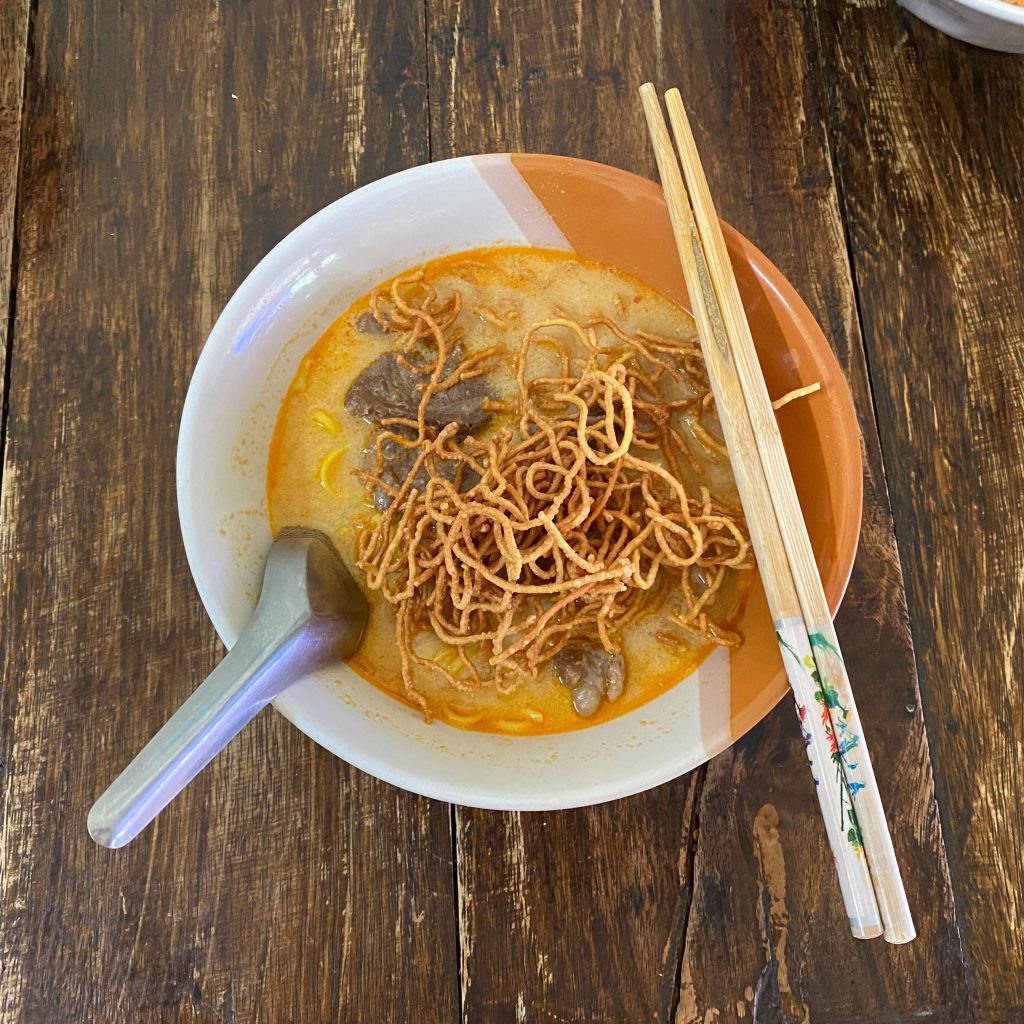 Noodles are another popular base for Thai dishes. Even though noodles entered Thai cuisine relatively late, around the 17th century, they’ve secured their place among the traditional dishes.

There are a few basic varieties of Thai noodles. The first and probably the most common type is rice noodles. There are wide and flat noodles, sen yai, often used in soups or stir-fried dishes where they pick up the caramelized flavor.

Then there is sen lek, which is similar to linguine. This thinner type of noodle is also used in soups and stir-fried dishes, with slight differences. If you ever visit Chiang Mai to try some khao soi, you’ll see how they’re topped with fried sen lek for that crunchy texture. Sen yai, on the other hand, adds a chewier texture.

And finally, the thinnest form of rice noodle, sen mee, has a finer texture and is often used in strong broths. These are the most frequently used rice noodles, but of course, there are more such as kuay chap, a thick noodle with a harder texture, and khanom chin, which resemble Italian spaghetti. 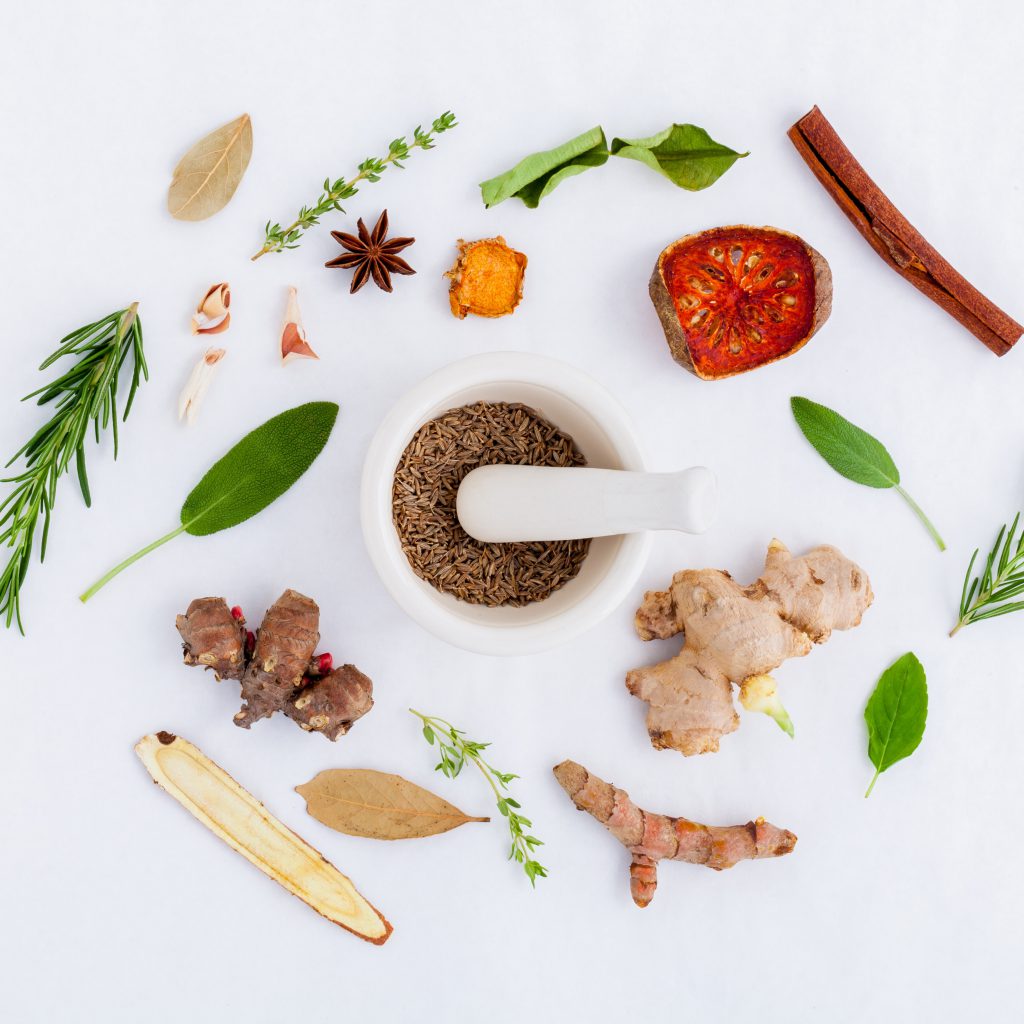 Curry paste, chili, garlic, shallots, coriander, lemongrass, and the famous Thai basil that’s a must-have for your salads or sautéed shrimp – these are all typical ingredients you’ll find incorporated in the tastiest Thai dishes. The last one brings a nice touch of freshness, and it’s essential for the success of many of your dishes.

Thai dishes also include a generous amount of ginger. Ginger is a root that you can actually add to most dishes. If you dose it well, it brings out a very tasty flavor.

In Thailand, another widely used root is ginger’s cousin galangal. The taste of galangal and ginger is quite similar, but galangal brings a slightly minty note that ginger lacks.

Fish sauce is essential for preparing Thai sauces and seasonings. If you’ve never used it, go easy on it and learn how to dose it well, as it can be very salty.

Time to Experiment With Thai Style!

Now that you know the contours of Thai cuisine with its tools and staple ingredients, it’s time to give your taste buds a breeze from Southeast Asia. The Thai way of cooking is easy, quick, and full of bursting flavors. When you start cooking some simple Thai dishes, such as authentic Thai green curry, you’ll also see how easy it is to implement Thai pastes and spices into your cooking routine. 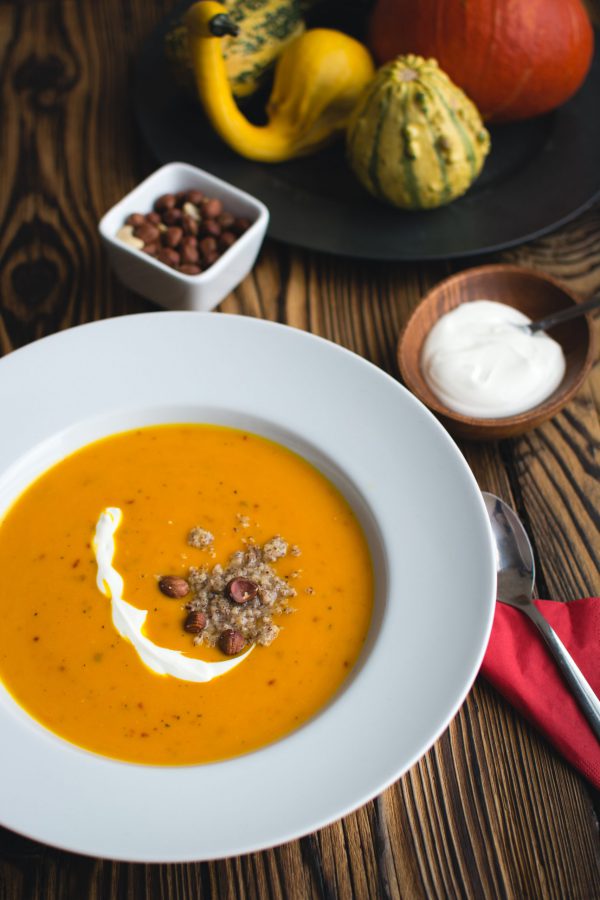 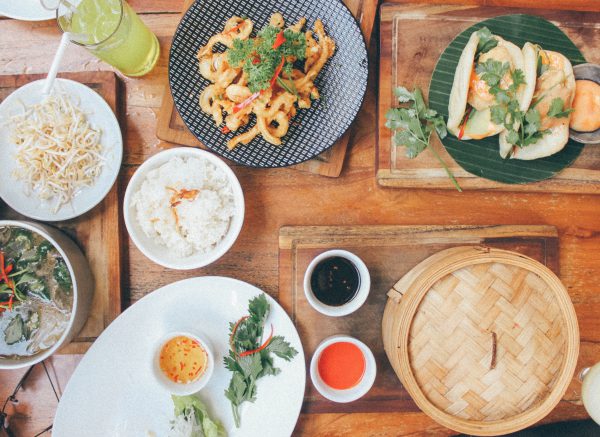 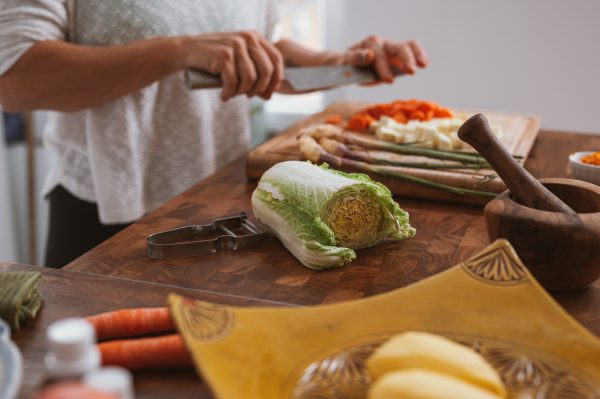 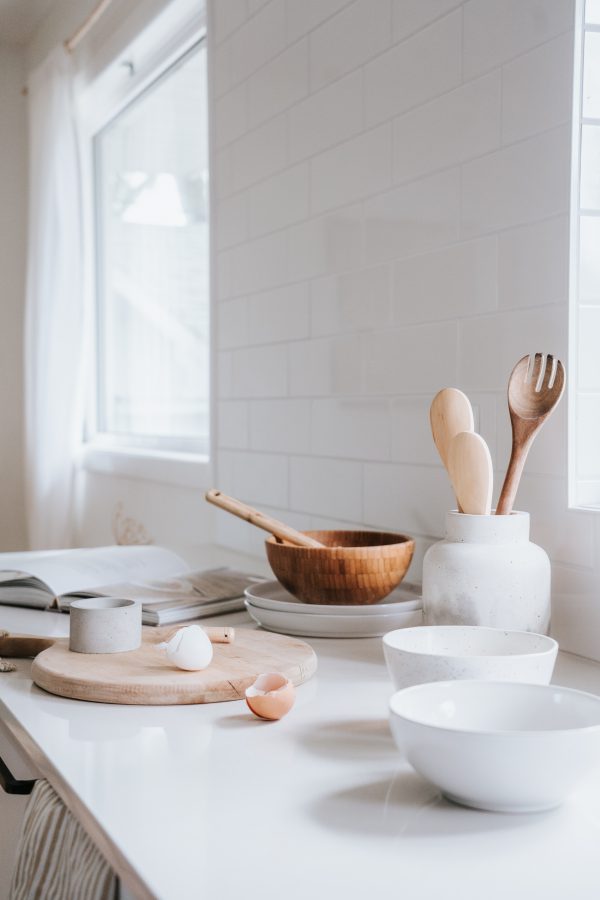 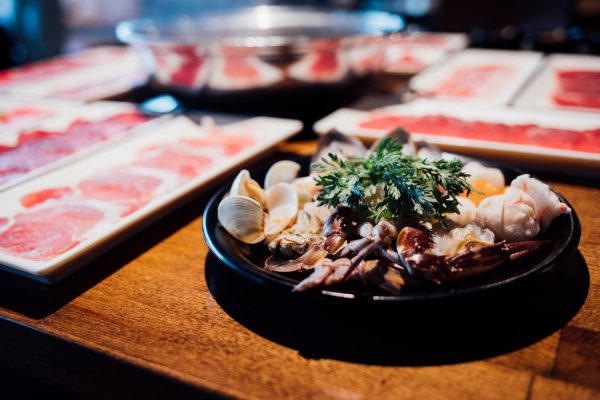 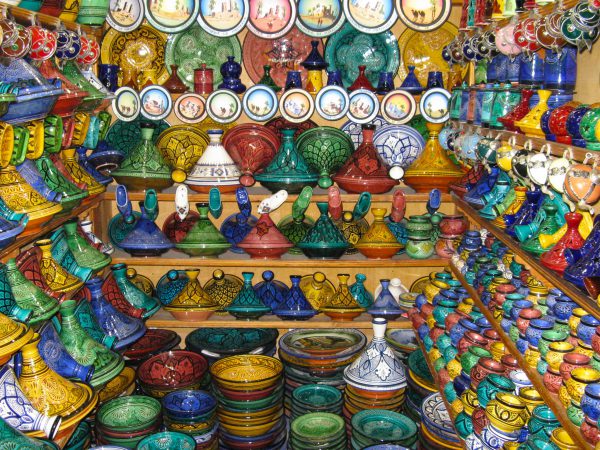